It is our objective to accelerate improvements and further increase the success rates of IVF treatments.
How did we get where we are now? Please let us take you on a short historic journey.

In the mid 1800’s, scientists finally discovered that pregnancies occurred from a combination of sperm and egg. In 1884 Dr. William Pancoast in Philadelphia performed the first donor insemination using sperm from the medical student voted “best looking” in his class.
In the early 1900’s much research was done on hormones and how they related to fertility.  The first infertility clinic opened in 1926 in Massachusetts.
In 1965, at Baltimore’s hospital, Dr. Jones worked with Dr. Edwards of England and fertilized the first human egg in vitro.

In 1972 the first embryo transfer would have taken place in Columbia-Presbyterian Hospital (USA) but was stopped by the hospital chairman who learned about the experiment and forbid the embryos to be transferred back to the mother. Three years later in England in 1975, Drs. Edwards and Steptoe announced the first successful pregnancy created from IVF; however it ended in and ectopic pregnancy.

In 1978, the first successful live birth from IVF was announced by Drs. Edwards and Steptoe in England.  Lesley Brown gave birth to her daughter, Louise Joy Brown, who was healthy in every way. While the birth of a test tube baby shocked the watching world, it had actually been a century in the making.

The media fascination with IVF was intense, and the literature given to patients included advice about publicity; women were warned not to talk to the media, to “beware of telephone enquiries” and to avoid mentioning the names of any other women they’d met at the clinic. What happened next can be described as “viral” in today’s terminology. The race was on and Australia was the second country to announce a test tube baby in 1980. The U.S. announced the birth of IVF baby Elizabeth Carr in 1981.

Advancements on many levels followed quickly in the decades after. IVF success rates were boosted every step of the way. 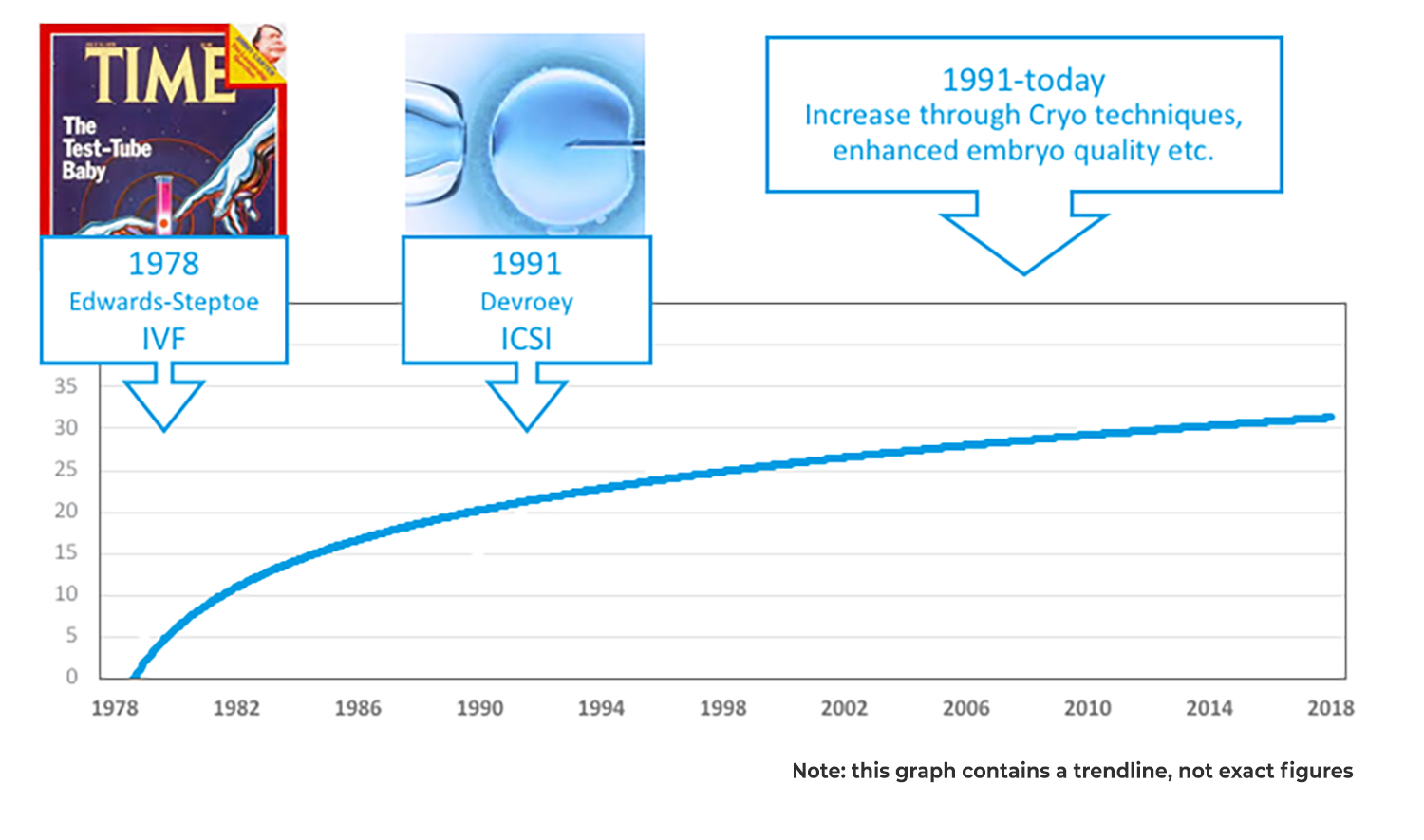 With all these developments, the succes rate of IVF treatments went up quickly in the 80’s and 90’s. In the 21st century the rapid growth of pregnancy rates declined. Nowadays around 30% of all the IVF treatments result into a pregnancy*.

Is there still room to grow? Can we increase pregnancy rates of IVF even further?

We at ARTPred are convinced we can. The key lies in the implantation phase, and the microbiome is a strong predictive factor.

* this is strongly dependent on inclusion criteria and factors like sperm and egg quality, women’s age, health, BMI etc.

An important milestone has been realized; the development of world’s first microbiome based predictive test for IVF success, ReceptIVFity.

Want to know all about the clinical trial, the test itself and more importantly: the future impact on women’s healthcare? Keep reading!

Want to know more about current and planned Research & Development projects? You can read all about it here.